Since the ancient times the month of May always
had a special significance for the divine feminine
and goddess.
In the North it is spring, so the Romans and Greeks
dedicated this month to Flora and she had her own
feast called the Floralia.
The month of May was also holy to Artemis
and in Rome the great Titaness Rhea was venerated as the
Queen of Heaven and the Spring Goddess.  She later became
known as the goddess Cybele and these ritual spring festivities
celebrated the union of the god Attis and Cybele after the long
winter months.


In the Southern Hemisphere it is Autumn and we
prepare for the transition of the winter months to
deeper travels into the inner worlds so we do not have the
same fertility rituals and celebrations in the month of May.

With every season there used to be a transition of goddess.
May Day, or the first day of May was seen as the official day of spring
in the Northern Hemisphere and this spring transition of the reigning
goddess forms the background

to the tradition of the May Queen. On May Day the May Queen and the Queen of Winter,  would participate in a ritual contest
After the May Queen won, she would be crowned.
In this crowning ritual the May Queen would be married to the May King in a ceremony
of the annual marriage or union between the God and Goddess.

On Flora's holy day the celebration included the picking of flowers and
making them into garlands and crowns and handing the flowers out throughout
the village.  It also included a special procession with a statue of the spring goddess
covered in flowers.

Showers of blessings
descend upon
the heart in the lovely month -
blessings that
blossom in Roses,
the beloved flower of the Madonna
and a reflection
of the Mystic Rose which
blooms eternally in her heart


In this month I take the time to create
an altar and weave a crown of flowers for my  Mary statues and altars.
I  place water, oil and food on
your altar to be blessed by her presence. 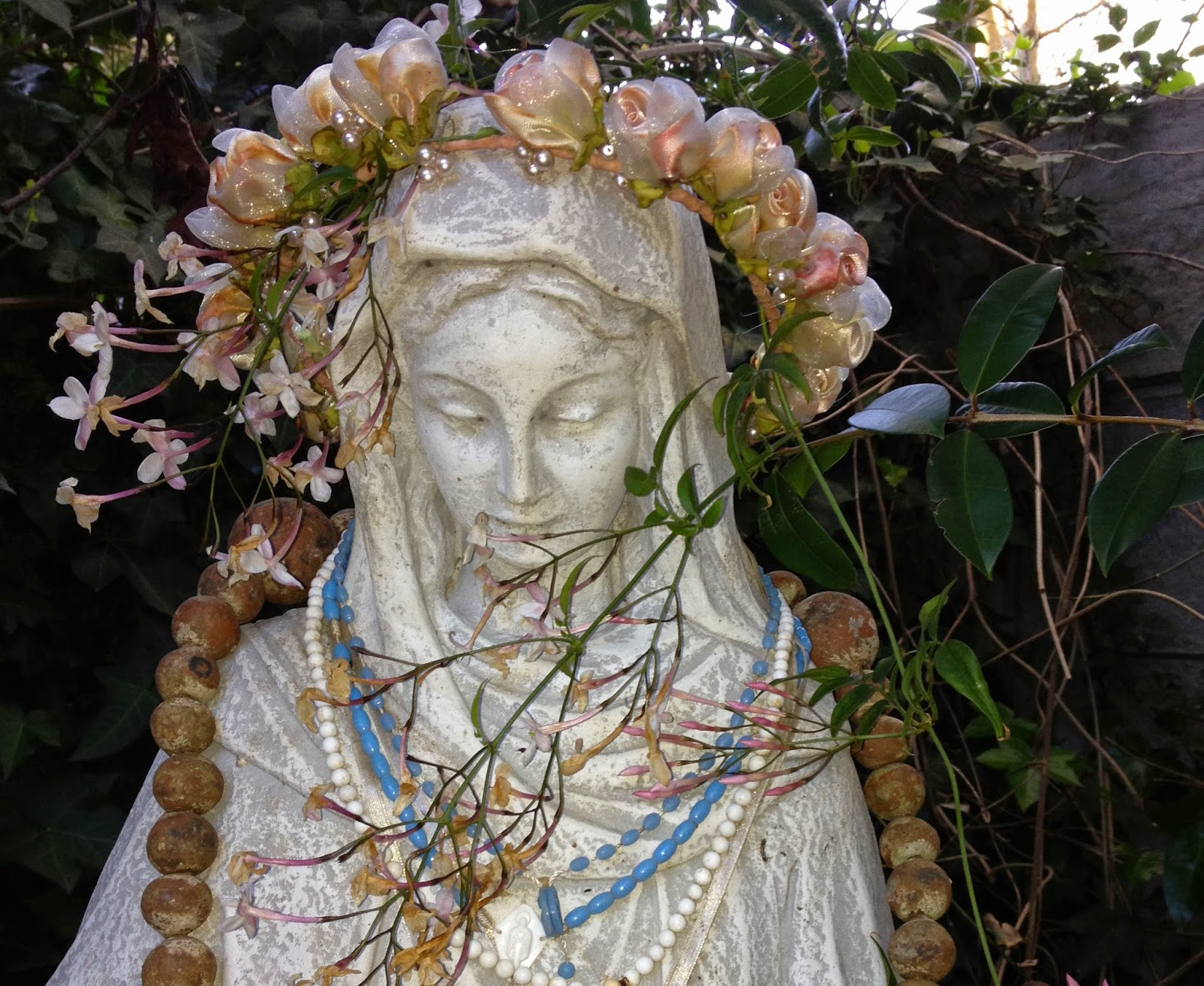 Mary blessings to you

Email ThisBlogThis!Share to TwitterShare to FacebookShare to Pinterest
Labels: mary day, may, month of may, mothers day